Mirror photography has recently become more with a trend starting on tick Tok also. I have always loved the idea behind mirror photography and how It can divert or reflect something else within the image whilst keeping focus on the models also.

Here is some example done by ‘professional’ photographers, unfortunately I don’t know the all the photographers name. However I find their work to be intriguing with how they have position themselves as photographers to in many of images make themselves invisible. 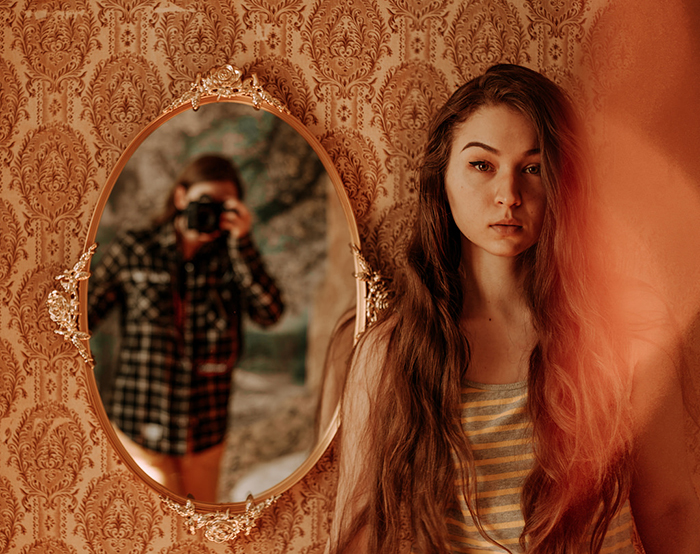 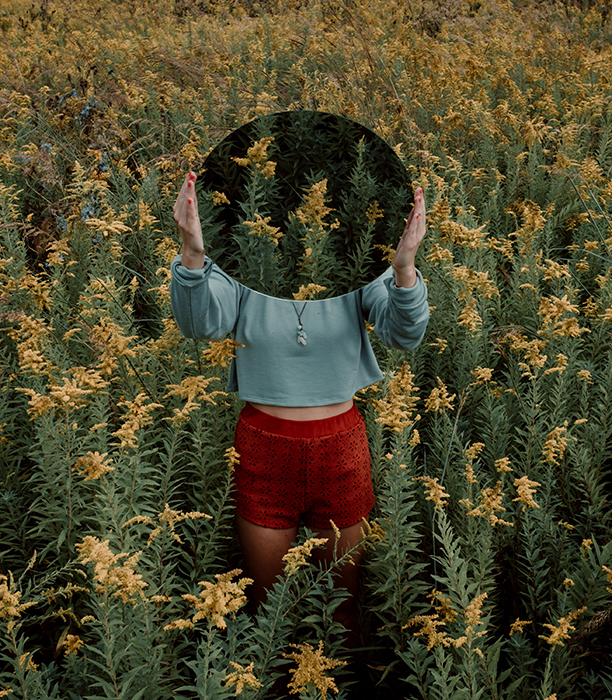 Compared to the first two example this one has a different style to it, due to how it was shot and how the photographer chose to take the photograph in black and white, which I find works really well due to it having a darker attitude. This is because of the man in the mask being the main focus even though his image in the mirror is blurred. This also leaves the audience to have questions, for example why is the man there, who is the man ect. Due to the questions the audience asks it also allows them to create their own scenarios and stories in their mind of what is going on in the image. 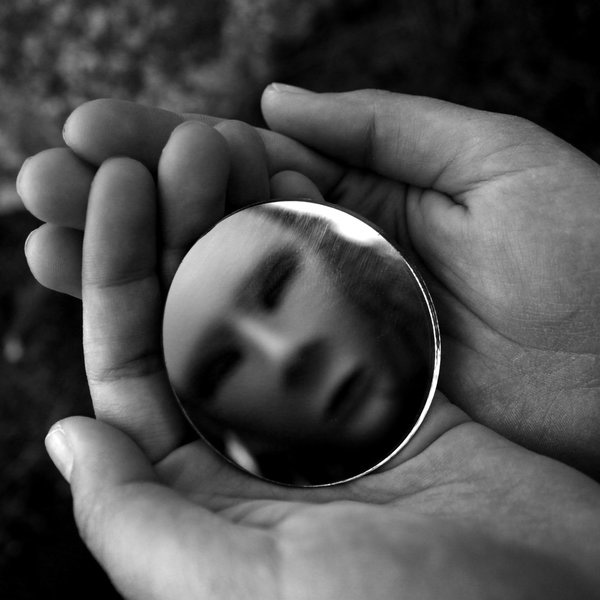 Here is some examples I have found on Instagram, that I like the composition of and how the lighting selects back onto the models to highlight their features.

To begin with I struggled with the set up as my original idea of using the tripod didn’t work as I could not get the angle I needed due to the mirror being flat on the floor. I then used a garden chair however I still didn’t have the right angle, due this is I added a pillow which allowed me the height and some balance to get the angle I needed.

I used my phone and the flip out screen to view what the images would like and show how I needed to stand. I then used the remote to take the image whilst leaning over the mirror. I then continued to look through the picture on my phone to see if I was missing any of the shots I wanted and to see if I was happy with all of the shots.

I used Adobe Lightroom to enhance the colour of the images as I felt like I did not need to do much else, as I liked the over all composition, I had already cropped and rotated the image before importing it into Lightroom. By enhancing the blue it adds more of a contrast between my hair and the sky and adds a pop of colour to the overall image. I wanted to keep the overall editing simple so that I wouldn’t take away from the simplicity and hidden meaning behind the image.

This is the final image I have chosen as it was the exact image I had in mind. I like the composition of the image, with the hints of grassing peaking around the sides which adds a second layer of framing around the model and ties in the the flowers covering the models face which adds to the shy and anonymous aspect I was after.

Overall I would not change a lot as I happy with the end results and was what I had in mind. However if I was to do this again I would like to change how the mirror is placed, for example instead of lying it on the floor have it placed against something. To see if it has a significant difference in the overall shots and if I prefer that to my original images.

Hello, My Name is Elise Zoeva Davies, I am 20 years old and currently studying Film and Photography at Glyndwr University.